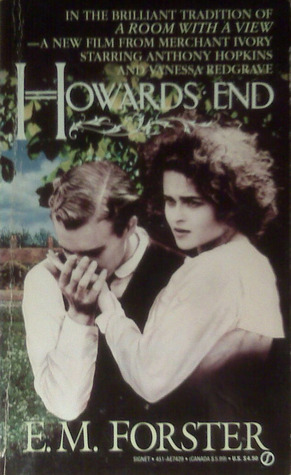 Howards End by E. M. Forster
⭐ ⭐ ⭐ ⭐
Darker and sadder than A Room With a View, yet still darkly funny. Definitely worth a re-read in a few years.

Film version – An incredibly faithful adaptation. Margaret Schlegel’s romance was harder to understand without knowing her thoughts, as we did in the book. On the other hand, Helen’s romance was easier to understand because we got to see it play out, instead of hearing about it after the fact. I was particularly impressed with Samuel West as the hapless Leonard Bast, and found James Wilby’s Charles Wilcox to be a caricature of an already buffoonish character.

Four and Twenty Blackbirds by Agatha Christie
⭐ ⭐ ⭐
One of Christie’s many nursery rhyme titles, and her last Poirot short story. It’s pretty far-fetched, but it’s Poirot, so I enjoyed it.

Film version – There was quite a bit of female nudity in this episode (mostly in the form of paintings), which made it a bit awkward to watch with my son. 😯 The mystery translated well to the small screen, and the cricket obsessed Hastings subplot was highly amusing.

Sad Cypress by Agatha Christie
⭐ ⭐ ⭐ ⭐
First, what is fish paste? It sounds like fish ground up to the consistency of peanut butter and used for making sandwiches. Yum.

Anyway, as it turns out, this was a re-read from YEARS ago, so I did figure out whodunnit, but the twists and turns to get there were enjoyable.
NOTES: 1) Christie seems to have lifted a few character names from other authors. I kept reading Peter Lord as Lord Peter and thinking I was reading a Sayer’s novel. Also, a minor character is called Amelia Sedley (borrowed from Vanity Fair?).
2) The title is taken from a quote from Shakespeare’s Twelfth Night, which I’m currently studying with my kids. I love when stuff like that happens.

Film version – Paul McGann as Doctor Lord! I ❤ ❤ it! It was fun to see Phyllis Logan (Mrs. Hughes from Downton Abbey) in a different role as well. Overall, a very solid adaptation, properly atmospheric.